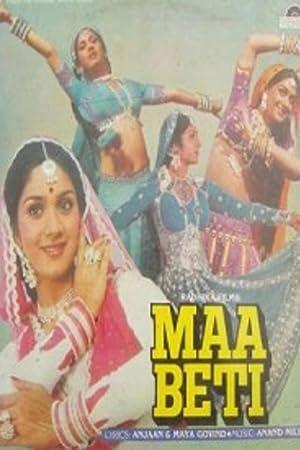 Savitri lives a wealthy life-style with her businessman husband and a daughter, Meenu. She gets pregnant a second time, gives birth to a son, Khetan, but tragically passes away. Her husband, unable to handle business and two children at the same time, re-marries a woman named Laxmi. While Laxmi tries to be a loving step-mother, her brother, Raghunandan, who moves into her household, advises her against doting too much on her step children. As a result, Meenu and Khetan miss their mother. When they grow up, they are abused, and when they cannot endure it any more, they run away. When Laxmi's husband questions their absence, he is told that they died in a boating accident. Laxmi gets pregnant, gives birth to a girl, Chanda. Then Raghunandan starts to openly show his true colors, as he embezzles money, jewelery, and changes properties to his name, & throws Laxmi and her husband out of their house. Her husband falls down the stairs, and loses his vision. Years later, Chanda has grown up and is of marriageable age, Laxmi and her husband, are looked after by their servant, Ramu, who lives with a woman named Asha. One day Asha tells them that she knows about Khetan, and an overjoyed family rush over to meet him. This is then when they will have to face the truth about Khetan and Meenu, and the life the later has chosen to live.

Storm of the Century

A Woman of Substance

The Adventure of the 13th Sister

Around the World in 80 Days

Till We Meet Again

A Farewell to Arms

Hitler: The Rise of Evil

Jack and the Beanstalk: The Real Story

In the Heat of the Night: A Matter of Justice